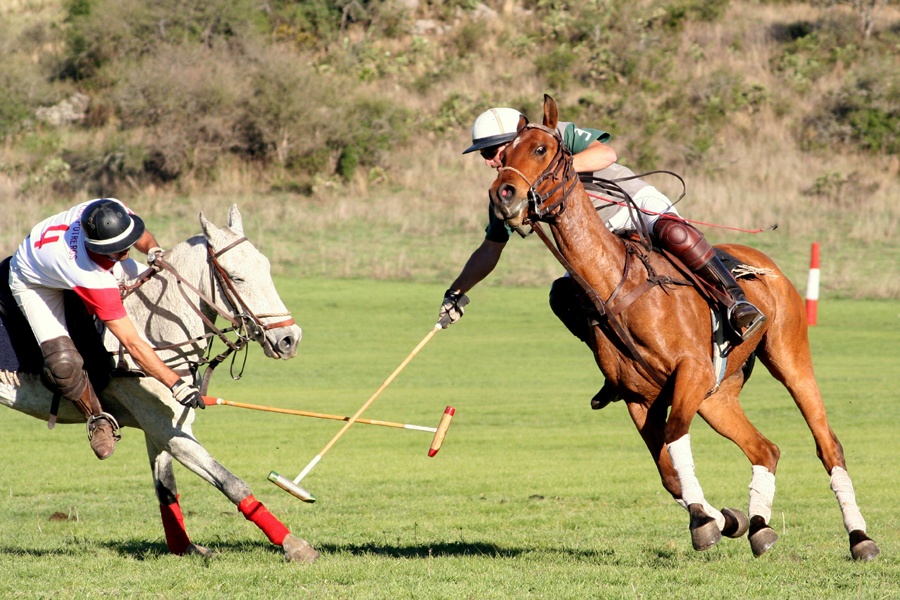 The English introduced polo in the Argentine Republic in 1890 by importing horses to play the sport.

The Argentines quickly bowed to the game and in the 1920s many renowned players began using only “Criollo” horses for that purpose.

With the passage of time the game became faster and more agile and began to require more docile horses. The “Criollo” are strong, resilient and agile but despite their agility, however, they were not fast enough for the modern pole. For these reasons the “thoroughbred” English career began to be used for the practice of this sport. Finally, in order to solve the problem of agility, docility and speed in the same horse, it was decided to cross Argentine “Criollas” mares with stallions of the English “thoroughbred”, as a result the fast horses that we see today are born in the different tournaments that are played in the polo fields of the world.

The Polo Argentino horse is not always beautiful since it is raised more for its agility and skill than for its beauty. It has a long neck, a slender body, and strong rooms and limbs to withstand the demand of this sport.